Adopt a Cat and Get a Free Ride on Frontier Airlines

Got kittens? Frontier Airlines wants to give away three, along with some airline vouchers to get you to and from the adoption venue—which happens to be in Las Vegas 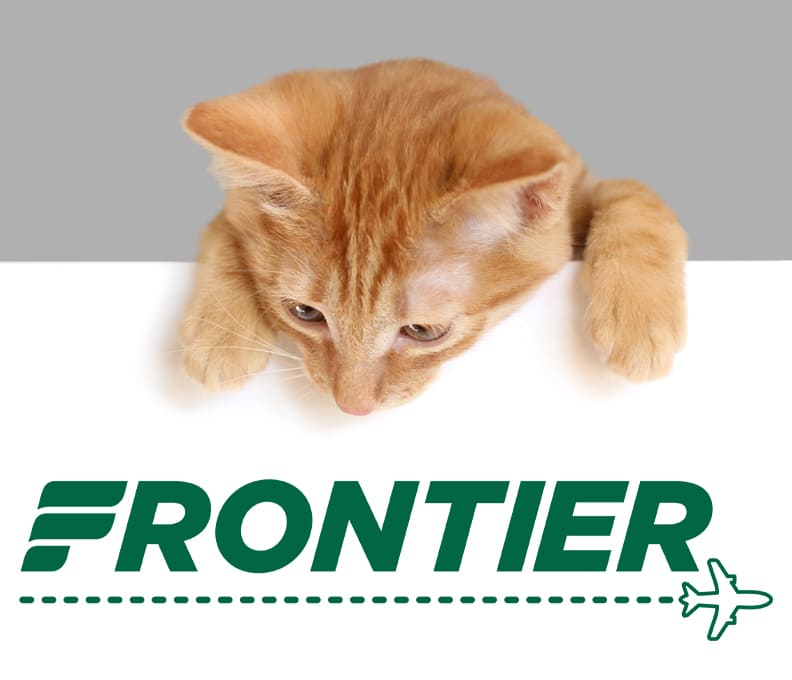 As part of its “Plane Tails” initiative focused on animal welfare, Frontier Airlines is looking for a few good people who will head to Las Vegas and adopt one of three kittens from the Animal Foundation in Las Vegas and give these newborns a home.

The teensy trio of calico, orange, and orange-and-white tabbies have names to go along with their irresistible faces: Frontier, Spirit, and Delta— honoring some of America’s favorite carriers.

Interested parties adopting either Spirit or Delta will be gifted two flight vouchers, each valued at $250, for a total of $500 per adopting family. However, the new family that adopts Frontier will receive a jackpot of four $250 vouchers, totaling $1,000 in value. The airline notes that all kitten vouchers will remain valid through the end of 2023.

“We were delighted the rescue organization decided to name these three adorable kitties after airlines, including ours,” said Frontier in a statement to CNN. “Underscoring the plight of animals is near and dear to us.”

The shelter has the vouchers and will be in charge of distributing them appropriately. Frontier recently eliminated its customer service line, which may have made it difficult for these adoptive families to obtain the vouchers in a timely way otherwise.

The kittens will be held at the facility until they are old enough to travel, usually around ten weeks. Airlines vary in their policies for pet travel, but most allow cats to travel in the cabin.

According to the 2021-2022 APPA National Pet Owners Survey, 70 percent of U.S. households own a pet, and approximately 78 percent of these American pet owners travel with their animals yearly. To make traveling with pets that much easier, 75 percent of U.S. hotels, from luxury to midscale to economy, now allow pets.

For flyers taking their cat onboard, fees range from $95 to $125 for the privilege, and because that mesh carrier counts as a carry-on bag, other bags may have to be checked. For domestic travel, a pet usually needs to be at least ten weeks old, and some airlines allow two small pets, such as kittens, to travel together in the same carrier.

That carrier must go through the X-ray funnel at security, but the pets can be taken out (leashed) and held through the body scanning process. Usually, a vet certificate is required (be sure to check pet policies for any code-sharing airlines that may be involved). Flyers should refrain from giving food or water to their pet a few hours before the flight.

According to Nerdwallet, the most cat-friendly airlines are Alaska, Southwest, and Frontier. And according to Martha Stewart, these 15 carriers are the most pet-friendly in the skies: