A new restaurant, wine label, podcast and product line are the latest “good things” to come from the empress of entertaining 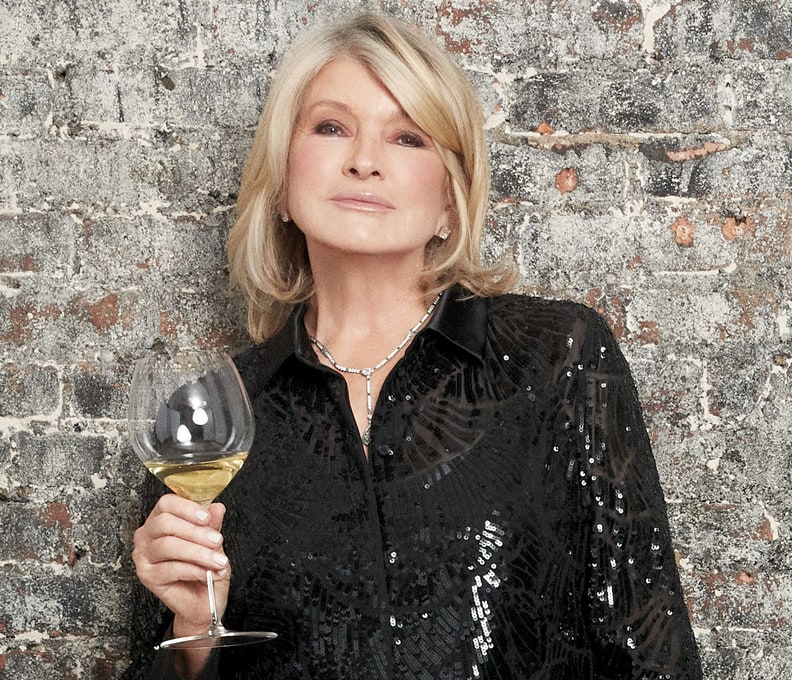 On a recent morning, I baked a cake with Martha Stewart. Or at least I hoped she was baking a cake with me. Maybe even her famous hummingbird cake, the loaded concoction replete with chopped pecans, bananas and pineapple, which I have dreamed about but never quite dared to master.

While conducting this interview, I could hear the clink and clatter of pans in the background on Martha’s side of the connection and my imagination immediately took me to the country-style television kitchens I watched her cook out of for years. Could it be? Was I experiencing Martha at her most, well, Martha self? Maybe. But such is the power of the brand she has meticulously built for decades, one based on enticing dishes, comfortable living and finding joy in the DIY. My mind knew where to go. And it included cake.

The House of Stewart

A household name for 40 years, Stewart is more than your average multi-hyphenate entrepreneur. At 81, the media mogul and America’s first self-made female billionaire shows no sign of sitting back and taking it easy at her expansive farmhouse estate in Bedford, New York. The house itself has become an integral part of her eponymous lifestyle brand, most recently thanks to the myriad images posted to her wildly popular Instagram account, depicting Stewart living her “best life” at this very home. In fact, Stewart’s latest high-profile project is a direct nod to the property. The Bedford by Martha Stewart marks the first restaurant venture for Stewart and her longtime creative team, which includes culinary director Thomas Joseph and Kevin Sharkey, executive director of design. Situated within the Paris Las Vegas resort, the 194-seat dining destination—a collaboration between Caesars Entertainment and Stewart—is a Martha fanatic’s dream come true, and according to Stewart, that’s exactly what she had in mind while developing the project, which opened in August. This year, Martha Stewart has brought her brand of entertaining to a new restaurant and cookware line / Photo: Palm + Ocean Digital

“I want diners to walk away feeling they were entertained by me in my home, eating the kinds of foods I love to make for my own guests and to experience the recipes that they saw in Martha Stewart Living,” she says. “We have had hundreds of thousands of readers over the years, and they know what ‘Martha’ is and what it is not. And so far, real fans are showing up at the restaurant and they are enjoying the food and ambiance.” Apparently, devotees aren’t alone in their eagerness to experience the Martha brand fleshed out in real life. “Other restaurateurs are really interested in what we are doing. Chef Daniel Boulud was on my television show recently and he wanted to know everything about the restaurant. They are so very curious.”

While outsiders may not immediately make the connection between the sort of casual elegance associated with Stewart’s brand and the all-consuming flash of Las Vegas, the partnership with one of the city’s most powerful hospitality groups felt synergistic for Stewart, who understood that the city’s extravagance offered the perfect movie-set-style backdrop for the plans she had in mind. “People want theater,” she says. “What do you go to Las Vegas for? You go to gamble, see shows, and eat great food. If you’re like me, you also go see Lake Mead, or the Hoover Dam. But for most, it’s the exciting things.” Designed as a replica of her 1925 New York farmhouse, from the white marble counters to a color palette of coordinating neutrals, The Bedford by Martha Stewart boasts a menu of French-inspired cuisine and a combination of Martha’s favorite dishes. Visitors can crunch into classics like the Nicoise salad, made with olive-oil-packed tuna, haricots verts, vermouth-dressed potatoes and hard-cooked egg, topped with an anchovy vinaigrette. Rich oysters Rockefeller baked with Pernod cream, spinach and watercress are available for the indulgent diner. Snapshot-happy visitors looking for an enviable Insta-worthy moment can order Martha’s Smashed Baked Potato, dramatically crushed tableside and served with crème fraîche, chives and bacon lardons or golden osetra caviar. To drink? A Martha-tini, of course, made with Zubrówka Bison Grass vodka and dry vermouth. “My partners at Caesars understood what I wanted and have been enthusiastic all along. We took a bet on the success of the restaurant and it’s paying off.”

Martha by Martha Stewart, and Keeping Up with the Competition

In a time when glossy celebrity-driven namesake brands such as Poosh by Kourtney Kardashian and Gwyneth Paltrow’s Goop pop up every day, the Martha lifestyle brand has remained steady and thriving throughout the years, even when up against those buzzed-about competitors, none of which have succeeded in knocking Stewart off the pedestal her avid customer base has kept her on since the 1990s. (Notably, Stewart coolly quipped, “Who’s Goop?” during an appearance on Andy Cohen’s Watch What Happens Live, responding to a fan calling in to ask what she thought about the Paltrow-led brand.) Her strategy in remaining relevant in a constantly changing business landscape lies in keeping things authentic by appealing to a wide socioeconomic demographic. “I am very curious about how everybody lives and the kinds of things people use in their home. That’s why I wanted to create a brand that included merchandise—and I have since I signed my first retail contract with Kmart. I’m very interested in good products that are well-designed and at the right price for everybody.” Another key to her success, she says, is leveling up her game every chance she gets. “The evolution of a line or brand is extremely important. You must keep evolving.”

For Stewart, that usually means having her hands in many pots, literally and figuratively. Along with the restaurant venture, she recently celebrated the release of Martha by Martha Stewart, a premium lifestyle product brand available exclusively on martha.com. The website is a universe unto itself, with shops, experiences and information (how-to content, recipes, guides and more), eventually becoming a full marketplace of all things Martha. Kicking things off are three heirloom-quality, premium cookware collections: the Copper Collection, the Try-Ply Stainless Steel Collection and the Ceramic Nonstick Collection, which is not only used by Stewart at home but is also a staple in her Las Vegas restaurant. “The Martha line is my favorite of my products: beautiful pots and pans in copper and steel. I had Daniel [Boulud] try them yesterday while he was making oysters Vanderbilt on the show. He especially loved the ladle with a square design that adds a significant amount of chowder to the scoop. He said, ‘It’s so smart. Why don’t I have one?’ Of course, he is getting a whole set.” Future collections include kitchen, tabletop, holiday/seasonal, garden, furniture, paints, bedding and bath.

If you ask Stewart to name words that best illustrate her, those words would be “curious” and “educated.” For her, a true education comes from experiences: travel, dining and—little surprise to anyone—entertaining, especially when guests enjoy bantering as much as noshing on a delicious spread.

2022 has been a big year for Stewart. Along with the launch of a new brand and restaurant, she took her conversational skills to streaming radio. The Martha Stewart Podcast on iHeartRadio and Apple Podcasts features in-depth interviews with friends who also happen to be some of the most fascinating people in the world. “I’ve had interesting people on, like Clive Davis,” she says. “I just did author Malcolm Gladwell, who talked for an hour and a half. We could have gone on longer!” Fellow businesswomen Elaine Wynn and Kris Jenner were next in the hot seat. “I love the Kardashians. People think they are self-promoters, but the truth is they are simply fantastic marketers. Kris was fun. I’m also interviewing serious gardeners and horticulturists. It gives me a chance to rekindle friendships and talk to people I haven’t been able to see since before the pandemic.” One friend she has remained in close contact with is rapper Snoop Dogg, with whom Stewart shares a much publicized relationship that has proven to be as heartwarming as it is lucrative. The former Martha & Snoop’s Potluck Dinner Party hosts speak weekly if not daily (Snoop was, in fact, the first guest on Martha’s podcast, when he referred to the lifestyle magnate as his “best friend”). They now share wine collections under the same brand. Martha’s Chard is the first California chardonnay from label 19 Crimes, joining Snoop Dogg Cali Red, Rosé and Gold. Australia’s Treasury Wine Estates, one of the world’s largest wine companies and owner of 19 Crimes, approached Stewart with the idea. “They asked me to devise a white wine. I thought about what I wanted to do and said a chardonnay would be good, but only if it was more like a white burgundy. We worked very hard on blending a perfect chardonnay and then gave it a crazy name, Martha’s Chard, a take on Martha’s Yard,” she laughs. “It’s nice to create a wine that is well-liked, well-priced and available in many places. And innovative! The label’s app has a feature where my avatar talks to customers.”

Continuing to experiment with inventive, creative partners is a major aspect of Martha’s future game plan, which also includes a new collection of Bic lighters with “BFF” Snoop Dogg. But her most anticipated collaboration of the year, she says, will be with her family, specifically her grandchildren, who will join her in jet-setting to an exotic location for the holidays, an annual family tradition. “This past December I asked my grandchildren where they wanted to go. We usually do a big holiday trip. The boy, who is 10, said that he wanted to go to Antarctica. So that’s where the family went!” 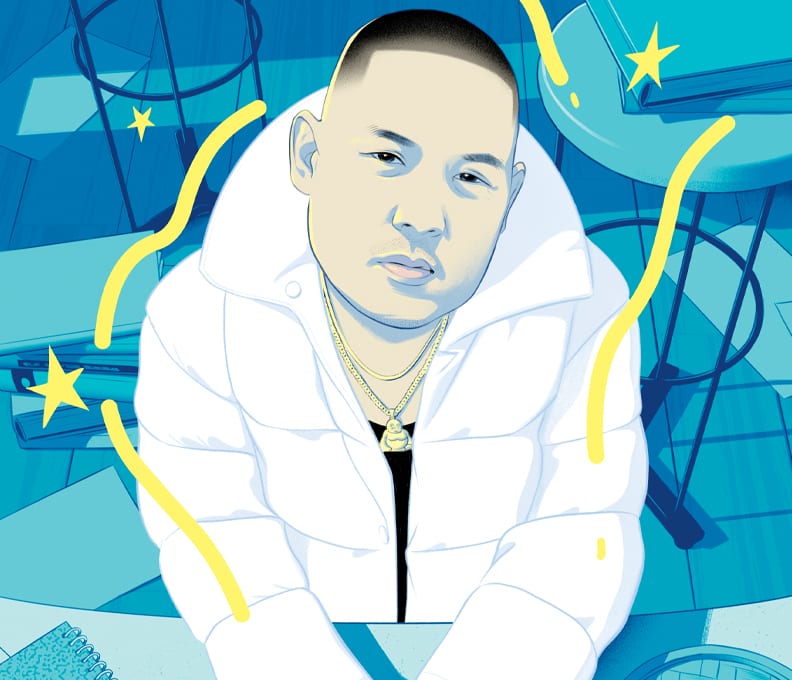