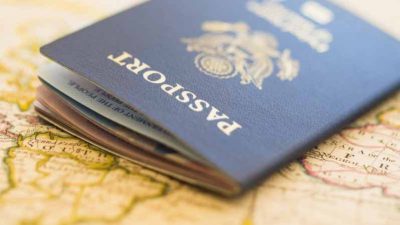 When it comes to targeting people who travel, look to the U.K. Britons lead the way for globetrotting, taking the top spot for the highest number of international countries visited according to the “Well Traveled Survey” commissioned by Agoda.com. The average British traveler visiting 12 countries, closely followed by Australians who average 10 international destinations.

Agoda’s “Well Traveled Survey” reveals travel trend comparisons by gender and age, for countries in Asia Pacific, the Middle East, plus the UK and US.

According to the survey findings, almost seven out of 10 people have visited up to 10 countries (68 percent), with Middle Eastern travelers from United Arab Emirates (92 percent) and the Kingdom of Saudi Arabia (82 percent) in the lead, followed by Thailand (76 percent), Malaysia (75 percent) and Japan (71 percent).

The UK has the largest proportion who have traveled to more than 31 destinations (5 percent), followed by Australia (4 percent), Thailand (3 percent) and the United States (2 percent).

Of people in the Asia Pacific, Malaysians were most likely to have traveled to more than 10 countries (11 percent), followed by Thais (8 percent), Indonesians (2 percent), and Vietnamese (1 percent).

Travel Numbers in the US

•3 percent of 18-24 year-olds in the US have already traveled to 31 or more countries as opposed to 1 percent of those aged 55 and above.

•34 percent of women have never traveled internationally before compared to 24 percent of men.

•US comes fourth for the largest number of people to travel to more than 31 countries.

Meanwhile, the data also found that 18 percent of those surveyed had never traveled to another country at all, with a surprising 13 percent of over 55s never having traveled internationally.

Globally, 27 percent of 18-24 year olds have never traveled with individuals from China, Vietnam and Indonesia most likely to never have traveled at 49 percent, 45 percent and 37 percent respectively. However, in the 25-34 age group, where the global average is 19 percent having never traveled, Vietnam is pushed out of the bottom three by the US.

By 45-54 years old, 86 percent have traveled abroad, while 81 percent of the 25-34 years age group has already traveled to other countries.