Casamigos Sold for One Billion Dollars. What’s Next for Co-founder Rande Gerber? 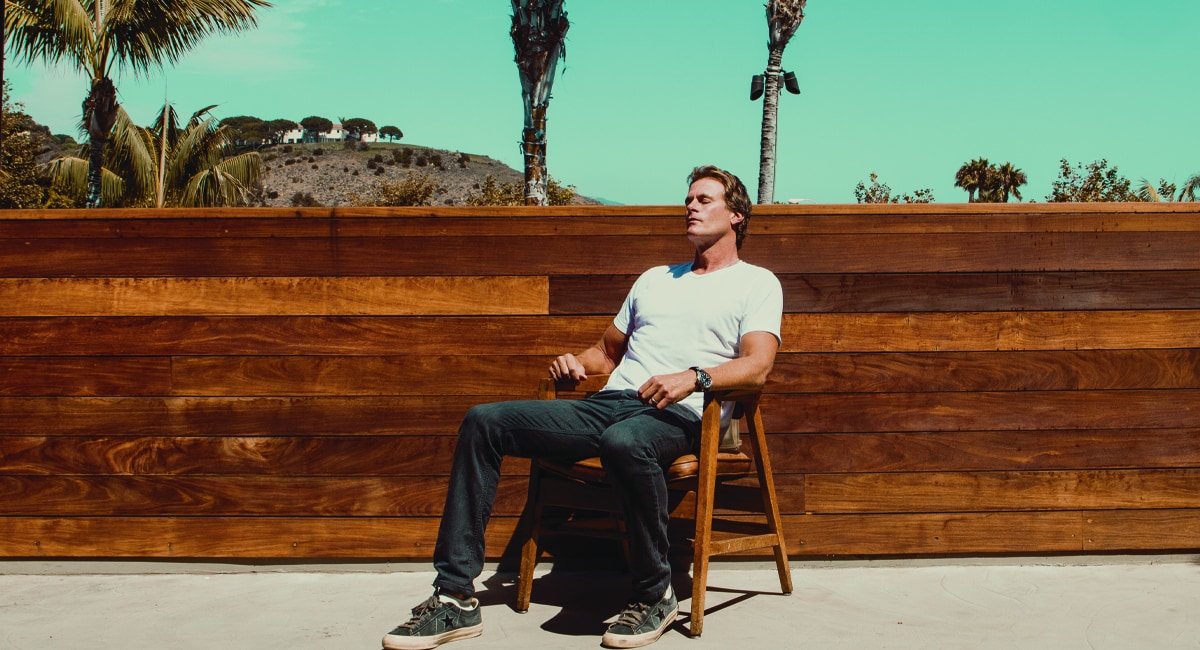 A decade ago, hospitality magnate Rande Gerber co-founded Casamigos tequila with George Clooney and Mike Meldman. One history-making billion-dollar sale later, Gerber reflects on the immense success of the brand

At first glance, the life of Rande Gerber might come across as too good to be true. Good looks? Check. A supermodel wife and equally gorgeous and famous children? Check. Glamorous home bases in Malibu and Cabo San Lucas? Check, check.

Those very elements that the average person would brush off as pipe dreams exclusive to a fairy tale are, in fact, realities for Gerber. Tall and charming, the Long Island native exemplifies the kind of laid-back luxury synonymous with a wealthy California lifestyle, which Gerber actively enjoys with his wife of 24 years, Cindy Crawford, and two children, Presley and Kaia, models whose faces have graced the covers of top fashion publications and advertisements.

“There are no typical days in my life,” says Gerber, “but my time with my family is a constant. Around 6 a.m., I go downstairs to sit with Cindy for a while and talk. If my kids are home, we’ll have breakfast together and then I’ll run down to the gym. Then it’s time for business, and my day really begins.”

The former model and founder of nightlife companies Midnight Oil and Gerber Group is one of the partners behind the astronomical success of Casamigos tequila. In 2013, long before the emergence of the multiple celebrity-backed tequila companies we see today, the brand was launched by Gerber, actor George Clooney and property mogul Mike Meldman. It made headlines when it was sold in June 2017 to British liquor company Diageo for a whopping $700 million, with an additional $300 million deal for expansion over the next ten years. For even the most ambitious of personalities, these kinds of numbers would have likely meant instant retirement. But for Gerber, the deal sealed his continued participation in a project founded on his professional ethos—passion.

“The day after I announced I sold the company, I was in the office,” says Gerber. “Where else would I be? This is what I do. I love what I do.”

Located on the upper deck of a small retail park near Malibu Lagoon State Beach is Casamigos headquarters, a space where Gerber and his team—which includes the company’s original seven employees—still work every day. “Part of the deal with Diageo was that I would remain on as chairman and operate Casamigos exactly as I have from day one,” he says. 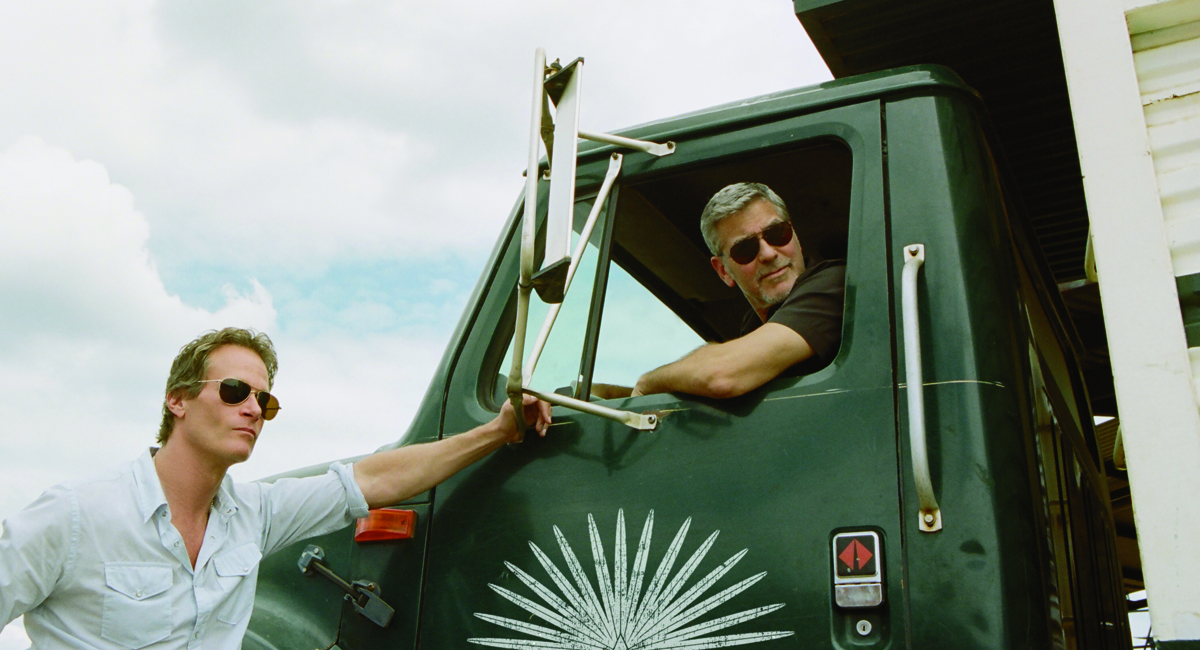 Gerber bases his leadership style on a casually creative office environment and a collaborative relationship with his team / Photo: Courtesy of Casamigos

From the very beginning, Gerber and his partners led with creative synergy, which encouraged collaboration from every staff member. “I don’t see myself as a boss because I believe in the power of a team mentality and having constant access to each other. The Casamigos office is a big open loft space with couches, a bar, pool tables and ping-pong tables. No one has their own desk. I don’t even have a separate office. Everyone just kind of moves around, talking and sitting with one another.”

During work hours, Gerber and his staff collectively talk about every aspect of the business, from new ad campaigns to points of sale. Nothing is off the table in terms of what team members can influence, something Gerber says has contributed to the success and stability of the company.

“I’m proud that the entire team stayed together—including George and Mike—because I trust us to do it all together. I was fortunate in that Diageo left me alone to do what I do best, which is run my company. We haven’t missed a beat. But you never know what the future may hold.”

How did George Clooney and Rande Gerber start Casamigos?

It is said that the course of the future is determined by the past. Even before Gerber and Clooney tried their luck in the liquor world, the two friends were already experts on tequila, which they often drank together at one of the two houses they built next to one another in Mexico. They called the property “Casamigos,” or “house of friends” in Spanish. Missing what they felt was a smoother option—a tequila that could be light enough to drink straight—Gerber and Clooney connected with their friend Meldman, and the three of them found a distillery in Mexico. Hundreds of samples and almost a year later, the taste of their batch was perfect. The seed for Casamigos tequila was planted, but it still wasn’t quite ready to launch as a bona fide product. And that was Gerber’s original intention.

“When George and I decided to make our own tequila, it was strictly for us to drink and serve in our homes,” he says. “But we immediately saw we had something great.” The buzz about the tequila quickly spread among the Hollywood community. “We shared samples with friends, who loved it, and then they told people about it, and they loved it, too.”

After receiving a call from their distillery in Jalisco about the copious amounts of tequila they were producing (more than 1,000 bottles for themselves, friends and family), which turned out to be excessive under the law, the pressure was on to get licensed…or halt production completely. Gerber, Clooney and Meldman decided to go into legitimate business together. Phase one: Hire people who were not involved in the industry.

“I didn’t want a team that came from other brands. I just wanted to do things my own way and I didn’t want them to say, ‘This is the way I used to do it for this company or that company,’” says Gerber. “I created a team based on the ethos of who George, Mike and I are as people, and how we live and what the brand meant to us. We didn’t have to follow any rules. We just learned along the way.” Gerber and Clooney worked with a distill-er in Jalisco, Mexico, trying hundreds of samples to create Casamigos / Photo: Courtesy of Casamigos

Casamigos’ growing and distilling process sat at the heart of its instant popularity among consumers, who flocked to pick up bottles of the artisanal, uniquely flavored tequila (añejo, reposado and blanco) and mezcal. The taste is a result of roasting agave piñas in brick ovens for 72 hours, as well as an 80-hour fermentation process, as opposed to the average 48 hours utilized by competing brands. As the company exploded, Gerber spearheaded marketing efforts through cross collaborations with notable partners, such as the limited-edition Seamaster Casamigos timepiece he designed for Omega (valued at $11,600, only 80 pieces were created). It’s an indication of his excitement for bringing his ideas to life, something that is still true today. “I’m a design junkie,” he laughs, “whether it’s designing homes or coming up with new products. I love the creative aspect of everything I do. But then there is a whole other part to the liquor business and that is operations, sales and pricing, all of which I am not an expert on. Luckily, I am pretty good at hiring the best people and intuitively knowing if they are going to fit into the family of our team members.”

What’s next for the Casamigos mogul?

Nine years after its launch and five years after its groundbreaking sale, Casamigos is a proven champion of the industry. The brand has steadily grown under the watchful eye of spirits giant Diageo, passing the million-case threshold in 2020 (a year that saw a rise in sales for agave-based liquors), and increasing an impressive 82.3 percent year on year—the highest growth rate among the tequila million-case sellers.

True to form, none of this translates to Gerber switching to life on cruise control. While coyly keeping details about upcoming projects under wraps, Gerber makes one thing crystal clear: His commitment to his myriad projects—including Casamigos—won’t stop as long as he can continue to muster up passion for his activities. “I couldn’t imagine waking up in the morning and saying, ‘Oh, I must go to work.’ That would really be awful,” he says. “I need to be excited about my day. Work is a big part of what we do in life, so once that excitement stops, I am on to the next thing. I’m like, Alright, I’m done, and I’ll need to do something else.” 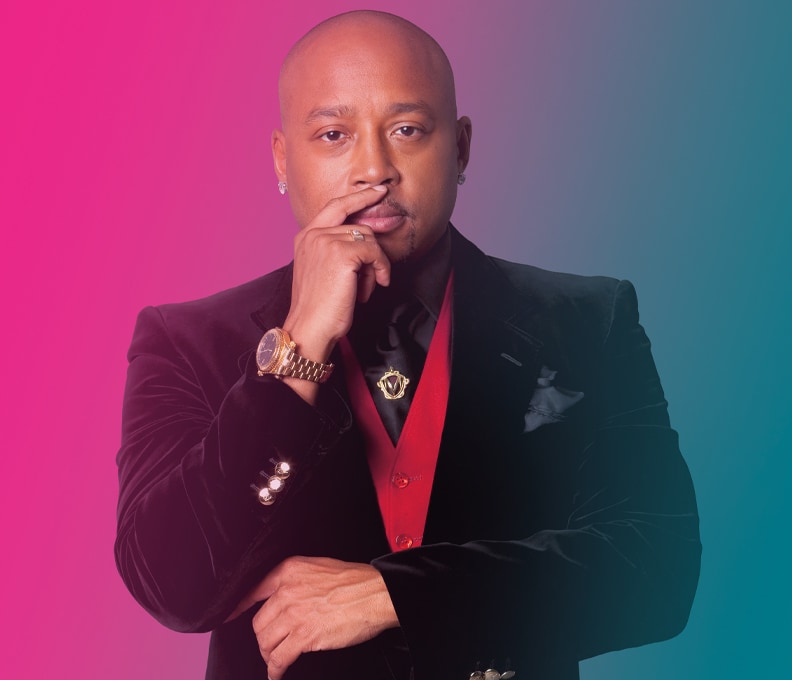