With Alluring New Properties, Rosewood Hotels & Resorts Looks to 2023 and Beyond

Among the latest additions are properties in São Paulo, Vienna, Miami Beach, and more 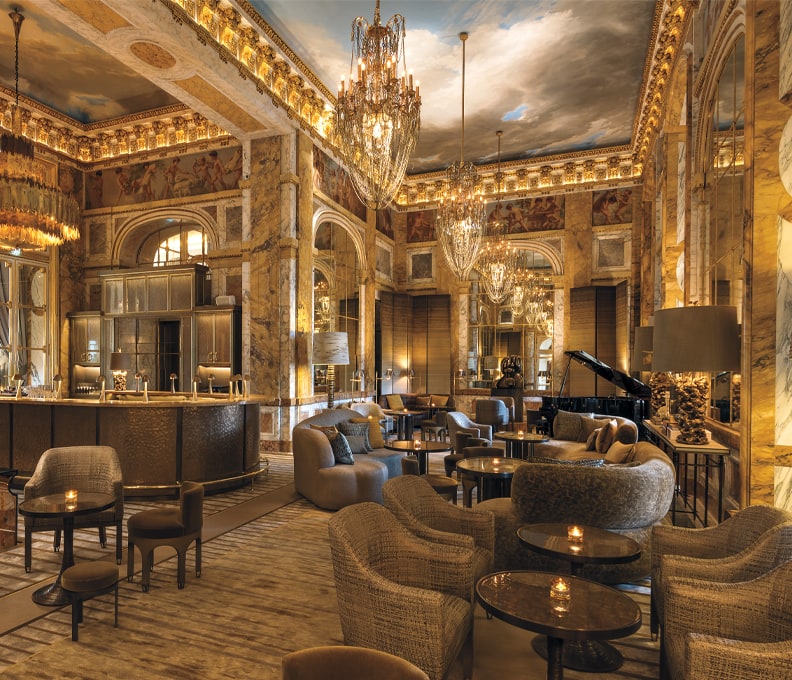 The son of an Indian diplomat, Radha Arora traveled extensively from an early age, soaking up the atmosphere, service and local flavor found in many of the world’s great hotels. These experiences inspired a passion for hospitality, which ultimately led to his current position as president of Rosewood Hotels & Resorts.

Working from the bottom up—his first job was in the laundry room of an English hotel—Arora attended Switzerland’s prestigious Les Roches hospitality school before jobs at London’s Savoy and Ritz and a 16-year tenure with Four Seasons Hotels, including a stint as general manager of the Beverly Wilshire in Beverly Hills. At the time, the property was owned by the Cheng family of Hong Kong, who asked Arora to join them when they purchased the Rosewood brand in 2011. “We’ve learned over the last few years how much many of us value travel and hospitality,” he says. “I am excited about the future, and how Rosewood has shifted to become a full-service lifestyle offering.”

With a portfolio of more than 30 properties around the world—including marquee names such as New York’s Carlyle, Dallas’ Mansion on Turtle Creek, and Paris’ Hôtel de Crillon—Rosewood continues to open new hotels as well as branded residential locations, which Arora says is one of the company’s priorities. “We’ve seen a high demand for privatized and extended-stay travel.”

With its latest development announced for Beverly Hills, Rosewood Residences comprises villas, homes and serviced apartments, available for purchase or rent, allowing buyers the opportunity to incorporate the Rosewood lifestyle—amenities, services and facilities—into their everyday lives. As an example, the recently opened Rosewood São Paulo has been 10 years in the making, a key part of the cultural and ecological Cidade Matarazzo project. One of the largest urban regeneration projects in Brazil, it incorporates a mix of early-20th-century buildings elegantly preserved and transformed to create a 323,000-square-foot mixed-use lifestyle hub. The Rosewood offers 160 guest rooms and suites along with 100 private residences. Architects Jean Nouvel and Philippe Starck designed the hotel, which occupies the former Matarazzo maternity hospital, which Arora says “holds great symbolic significance and sentimental meaning to the city, as more than 500,000 Brazilians were born there.” Rosewood São Paulo exemplifies the brand’s philosophy, A Sense of Place, with each property reflecting the history, culture and sensibility of its location. “It allows guests to experience a personal, original and deeply authentic stay,” Arora says, “immersing them in the essence of these inspiring destinations.” This is also reflected in the new Rosewood Vienna, housed in a beautifully restored 19th-century building on Petersplatz, one of the most famous squares in Vienna’s Old Town. “The opening marks our first property in Austria and the brand’s fifth hotel in Europe,” Arora says. “Every detail, from the design of the floors to the in-room bars, has been curated with utmost precision to be truly representative of Vienna’s unique history and culture.”

Rosewood’s culinary programs also bring destinations to life. “We have a brilliant chef, Nokx Majozi, in London, who helped create the dedicated Pie Room,” he says. “It is quintessentially British, of course, but also goes against the grain of today when people are choosing healthier options, like plant-based diets. Here we’re talking hearty pies: curried mutton, chicken with tarragon and mushroom, pork pies. It very much goes with our Sense of Place philosophy.” Sometimes, however, a pleasant surprise awaits: “When guests travel to Mexico they expect to have Mexican food, but Las Ventanas al Paraíso offers both a sushi and tequila library. They came up with the idea of creating an Asian concept, because the herbs found in Asian cuisine have strong similarities with those in Mexican cuisine. You have to understand your client and what they’re looking for. Just because you’re going to Hawaii doesn’t necessarily mean that you’re going to have poke.” In 2023, he is looking forward to the debut of Kona Village, A Rosewood Resort, on the state’s Big Island. “I lived in Hawaii for many years and the islands hold a very special place in my heart.” Located on the Kohala Coast, the retreat will reopen following a complete renovation that honors the heritage of the property while introducing modern amenities and services that speak to today’s traveler.

New signing announcements showcase Rosewood’s resilient growth strategy, including several iconic properties that will transform its portfolio, including the Hotel Bauer in Venice, the Rosewood Red Sea in Saudi Arabia, the Rosewood Xi’an, and The Raleigh in Miami Beach, with its celebrated public spaces. “The Martini Bar and Tiger Room will be restored and reborn with an eye to both Miami’s historic art deco elegance and its modern roots,” Arora says. Working closely with the Miami Beach Historic Preservation Board, Rosewood has implemented a comprehensive restoration plan, which includes the renewal of Miami’s most iconic swimming pool, known for its curvaceous design and tropical foliage. All of this, Arora says, is part of the Rosewood experience: “We are developing a higher level of personalization for our guests, giving us the ability to enrich their profile in natural and organic ways across all of our properties.”