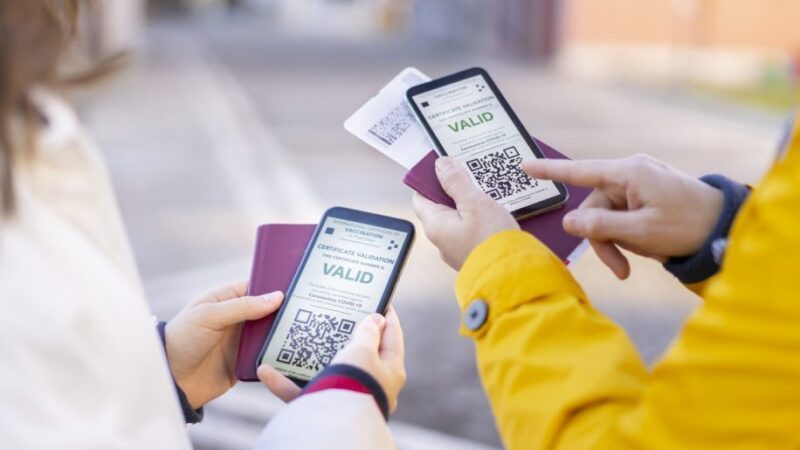 The International Air Transport Association is calling for governments worldwide to adopt the EU’s Digital COVID Certificate, or DCC, as the global standard for vaccination certificates, saying the DCC should “serve as a blueprint” for other nations.

The European Commission first floated the proposal for an EU-wide vaccine certificate – which was originally called digital green pass – in March. The rollout of the DCC began in June.

All 27 EU member states have adopted the system, and other countries, including Switzerland, Turkey and Ukraine, have signed reciprocal agreements. In addition, as many as 60 other countries are also reportedly looking into the use of the DCC specification for their own certification.

IATA recently announced that its Travel Pass digital passport app had been enhanced to allow EU DCCs and the UK’s digital COVID vaccinations certificates to be uploaded to the pass.

The EU’s DCC meets several key criteria, according to IATA, including the flexibility to be presented in both digital format and on paper. The DCC also uses a QR code which carries “essential information as well as a digital signature to make sure the certificate is authentic.”

IATA also points out the DCC is consistent with the latest World Health Organization Guidance, and enables holders to access non-aviation sites in Europe such as museums, sporting events and concerts which require proof of vaccination.

“The DCC was delivered in record time to help facilitate the reopening of EU states to travel,” said Conrad Clifford, IATA’s deputy director general. “In the absence of a single global standard for digital vaccine certificates, it should serve as a blueprint for other nations looking to implement digital vaccination certificates to help facilitate travel and its associated economic benefits.”