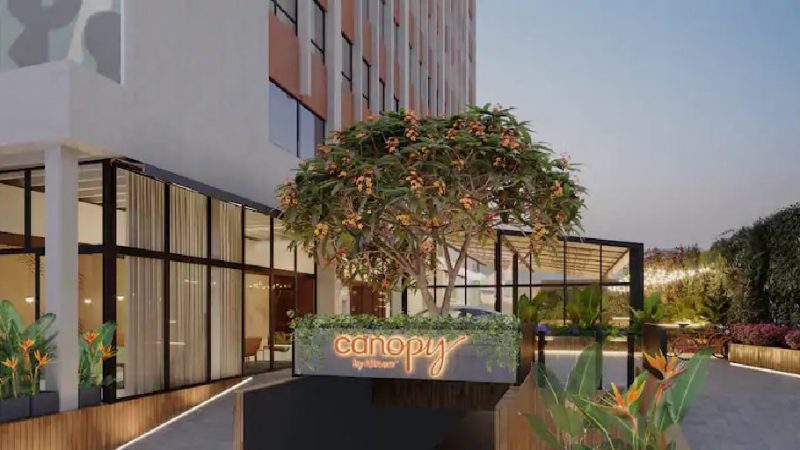 Hilton has announced the opening of the Canopy by Hilton São Paulo Jardins, the first property for the lifestyle Canopy brand in South America. The 98-room hotel is located on Rua Saint Hilaire, around ten minutes from the city’s Museum de Arte de São Paulo.

Guests are welcomed into a reception area that features a ceramic mural. Other design features include Brazilian landscape murals and “one-of-a-kind furniture pieces.”

Food and beverage offerings include Stella restaurant, which Hilton says “showcases the diverse cultures that have influenced the city’s gastronomy.” São Paulo has some of the largest communities of Italian and Japanese ancestry outside of those countries.

Amenities available at the hotel include fitness and business centers, two meeting rooms, an outdoor terrace, and rooftop bar Barno with views of the city.

The Canopy brand was launched in 2014, and has planned a robust global growth pipeline over the next several years. Recent announcements for the brand include locations in Paris and the Seychelles.