In the Moon’s Shadow 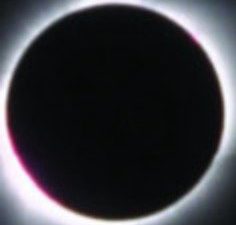 For last year’s Indonesia eclipse, I traveled 9,877 miles to get to the point of totality. This August it was great fun to drive a mere 416 miles from my home to Casper, WY, to view the aptly titled “Great American Eclipse.” I was even happier to be in the same time zone as well. With a path of totality stretched across the United States millions of Americans were within a six-hour drive to view this natural phenomenon.

Casper was my choice for a variety of reasons, number one being the weather. The area was forecast to have clear weather on eclipse day. The Astronomical League, a group of astronomy clubs and societies, also made Casper their choice for totality. The small army of stargazers held their yearly “Astrocon” convention beginning the week before the eclipse. Lots of tour groups and independent eclipse chasers descended on this city of over 59,000 people as well.

With so many people coming to Casper, the locals hired an “eclipse director” to coordinate local events. A website was built (eclipsecasper.com) to help spread the word of the various happenings around the city and most importantly, how to view the eclipse safely. The “Oil City” went to work years before to roll out the red carpet for eclipse visitors and delivered a wonderful set of festivals and events.

Getting ready for the eclipse deluge was huge and Casper residents were told to prepare for the sudden impact. Restaurants were asked to extend their hours and order more food than usual. Souvenir shops stocked up on goods. A local bus system was set up to alleviate parking and traffic issues. Most all hotels were sold out in advance so getting a last-minute room was near impossible.

Downtown streets were closed to create a party place complete with an art walk, vendors and entertainment. Casper’s newly finished David Street Station was the centerpiece for music, along with spaces for people to mix and mingle. A giant world map was put on the street and push pins were handed out for visitors to stick in their hometowns, an unofficial way to see where the visitors were coming from. It was one of the busiest and most photographed stops at this street fair.

You could buy just about anything with an eclipse logo on it. Marketers took the event to heart with creative designs. A T-shirt with a darkened sun and the caption “I totally blacked out in Casper” was one of the more popular souvenirs, quickly selling out. Lapel pins came in various designs; my favorite was the “Jackalipse” pin, a homage to Wyoming’s mythical beast – the Jackalope.

Local businesses offered “Eclipse Specials” on everything from food to furniture to cars. A local auto dealership tricked out some brand-new pickups with “Solar Eclipse Truck” emblazoned on both sides of the vehicle. That solar eclipse truck was probably the largest eclipse souvenir ever produced – and the most expensive.

TV and radio broadcasts were filled with eclipse mania stories in the build up to the big day. It dominated the front page of the Casper Star-Tribune daily. You could not escape the fevered pitch of totality.

During the hoopla I began my search for the ideal spot to view the eclipse. With additional family and friends coming that weekend I needed to scout a location that would give us a great a 360-degree view of the horizon. Preferably a place with food easily available and bathrooms close by to make it even more comfortable. Lots of sites in Casper were opened to the public for a fee, generally charging by the car load. It was an opportunity for local charities and churches to turn the celestial event into a fundraiser for their cause. Eclipse viewing parties were the new normal.

After three days of hunting, I settled on the Casper Events Center. Overlooking the city, it provides an almost 360-degree view of the horizon, essential to my panoramic pursuit. During totality, the horizon is often described as a 360-degree “sunset” as it is aglow all around. This gem of a location would be our vantage point on the morning of the eclipse.

Even though first contact would not begin until after ten o’clock, it was imperative to stake out our strategic spot on the hill. Wake-up call at 5:30 AM, meeting family in the hotel lobby at 6:00 AM, we were on the freeway by 6:22 AM. Arriving at the site at 6:32 AM – trudging up the hill to claim our site – only to find the CNN VR team in our space! They had already set-up their large camera rig, which did not stop us from setting up next to them. As seasoned eclipse chasers know, real estate is important to get the shot – whether it is the panoramic horizon view or the foreground with totality.

Many people huddled around the hilltops, as the brush down the hillsides was filled with prickly pears and rattlesnakes, neither of which one would want to encounter right before total darkness.

Equipment setup was followed by a quick breakfast. The Casper Special Events center concessions sold out their breakfast burritos within the first 30 minutes. By 8:30 AM the parking lots were full. The crowds queued in long lines for eclipse T-shirts and food – at least there were enough bathrooms to handle this large crowd.

Despite the anticipation, time seems to go by quickly for me on eclipse days. Setting up the equipment, running through the countdown and practicing how I will man three cameras during totality fill the morning. Little time is left for family banter; it is time to focus and be ready for those amazing two minutes and 20 seconds of totality.

First contact: 10:22 AM, and the first of many cheers came from those assembled on the hillside. At 11:40 AM we are approaching totality. Soon my niece is screaming, “It’s the diamond ring!” which got the crowd excited for what would happen next…

Totality at 11:42:42 AM! More cheers went up from the crowd. And then everyone seemed as one; we just stood entranced by this magic point in time

when the sun and moon perfectly lined up with this special spot on earth.We would be in the spell-binding shadow of the moon for a mere 2 minutes 24 seconds from our vantage point.

Totality is hard to describe but those who have seen it won’t forget it. You feel in line with the universe and yet small within this universe. For many it is a special moment in their lives. They have not seen such beauty. They now know for themselves what an incredible experience it is.

At this moment in time we have forgotten about politics, news and work. We have focused on nature and one of its greatest phenomena. The Great American Eclipse was 39 years in the making – and worth every second. Soon it is 11:45:08 AM and totality ends. Another burst of cheers followed by hugs and dancing. It is now in the history books. We can let out a sigh of relief as we saw totality in all its glory. All the planning and worrying are forgotten. Just an indelible image of totality is left in our brains.

My efforts at getting another set of eclipse horizon images are successful. These rare 360-degree images can help viewers get a taste of totality.

It was estimated that the population of Wyoming doubled for this event. Casper put on a great party for an out of this world show. Everyone in my family who wondered if it would be “worth it” are now confirmed eclipse chasers. The journey was fulfilling and all are glad they made the pilgrimage to totality. Talk is now centered around when and where is the next one.

And that would be April 8, 2024, when the next eclipse will once again pass over the US. That’s only 6 years, 7 months and 18 days from now. But if you can’t wait until then, you can catch the next one in Chile in 2019. Or perhaps join me in Antarctica in 2021 for totality on ice.